The built environment requires some of the highest standards, and for good reason. People’s lives are at stake, and its important to get it right. That’s why we conduct performance testing for railings on each of our systems on a regular basis.

In addition, we believe that any good architectural system should be looked at by a third party engineer. This is because a manufacturer’s claims are just that — claims made by a manufacturer.  So before we began marketing our post-mounted railing alternative, we set up a series of tests. 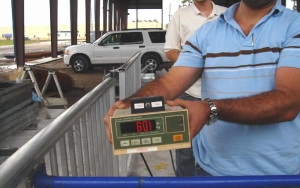 Since we wanted the tests to be verified by an independent specialist, we brought Ardaman & Associates into our shop. Ardaman ranks as one of the top geotechnical engineering services in the Southeastern United States.

First, Poma installers mounted the railing system on concrete without lateral restraints. Removing these supports created a less favorable case than real world conditions. However, this enabled the engineering team to create a better test.While most guardrails attach to abutting walls or railings, these were free-standing. As a result, the railings only connect to the concrete with the Poma Pin floor anchors.

After setting up the railing, next Ardaman applied test loads in excess of 200 pounds. They applied these loads to the railing system at three different locations. Due to regulations, Ardaman administered these tests to those outlined by ASTM E-935 guidelines. These guidelines provide standard test methods for railing performance. 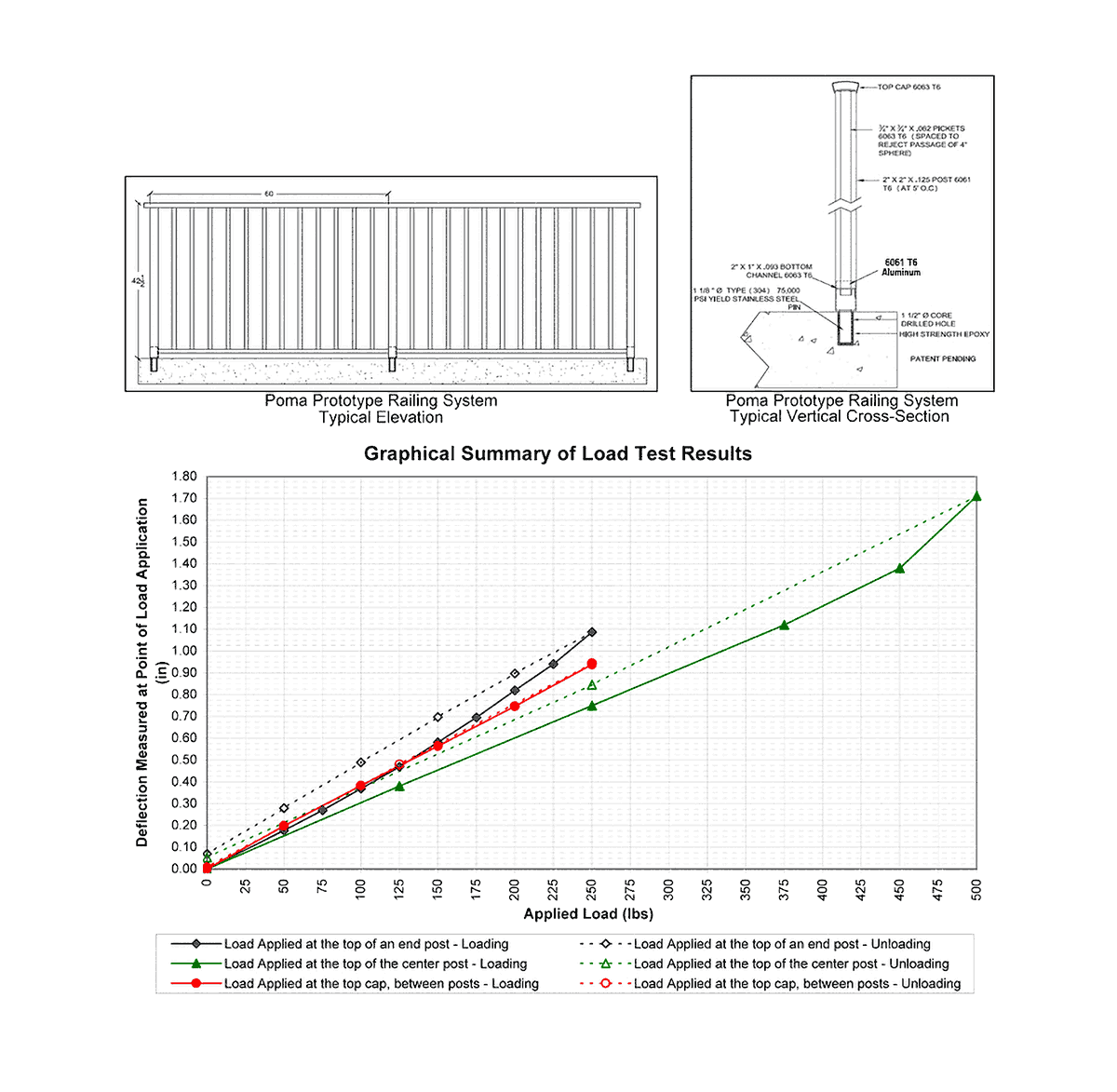 Results of the post-railing load performance test for railings

After completing the tests, Ardavan published the data with charts and graphs. The Poma railing system passed the tests with flying colors. In each test, the railing returned to its original position after removing the loads. In addition, the railing system moved within an acceptable range throughout the tests. 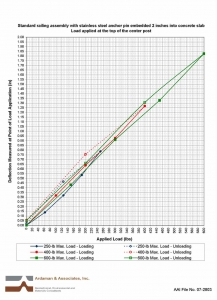 The engineers summarized the load tests in the charts pictured above and below.

The above test verified our metal railing system, but we also provide glass railings. So Poma worked with the Fenestration Testing Laboratory, Inc (FTL) to test our glass systems. FTL is a national accrediting firm with a testing facility in Florida.

In these tests, the Laboratory examined a similar Poma railing system. However, instead of aluminum pickets, this railing uses tempered glass.

First, to protect the system from air leakage, the Lab covered the system with a 4 mil plastic sheeting. Next, the Laboratory rammed the glass panels with 400 pound drop load tests. After this stress test, the Laboratory reexamined the panels. The tests yielded no visible damage to concrete, floor, glass, posts or fasteners. 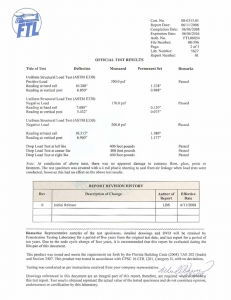 After the tests, FTL submitted the results to the Miami Dade building office. The compliance office issued a notice of acceptance for the railing system. As a result, the Poma system rates for both small and large missile impacts. In addition, the office certifies the system for High Velocity Hurricane Zones (HVHZ). This means the system meets Florida Building Codes, some of the highest in the world.

In conclusion: Why railing testing is important

Railing systems in many buildings serve as a facade for the building. This facade takes abuse from weather, sun, storms, and inhabitants. For this reason, your guardrail serves as one of the most important barriers to get right. One of the best things to look for in a railing supplier is regular performance testing for their railings. While many fabrication firms offer railing, few understand the engineering and science. At Poma, we do.

Poma is unique in its position as an expert railing supplier for commercial and residential dwellings. Learn more about the Poma Railing Products as well as many of Poma’s unique metal capabilities for the architectural community.

About the Author: Jason Poma

Jason Poma holds a Florida State Certified General Contractor License which he has maintained since 2003. He serves as the architectural liaison and qualifier for Poma and oversees the high-level operations of all current projects. Working in both the construction and architectural metals divisions, he is responsible for resource allocation and contract oversight.